You’re on a diet and you’re trying to lose those last 10 pounds to fit into that wedding dress or to show off those killer abs. But, for some reason, you just can’t lose weight no matter how hard you workout or how hard you diet. Well, it might be because what you’re eating isn’t actually very healthy at all. Some foods just appear to be healthy because they belong to the same food group of healthy foods but actually have different nutritional values. Here are some of them. 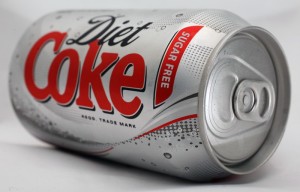 Diet soda has less sugar, zero carbs, or sometimes even no calories at all. But make no mistake about it. They are not healthy foods because they substitute the sugar with artificial sweeteners that cause a spike to your insulin levels. Hence, there’s a chance that those sweeteners turn into fat.

Wraps are meat and vegetables wrapped in a thin piece of pita bread. Some people are fooled to think they are healthier than sandwiches because pita is so much thinner than bread and buns. However, pita bread actually has double the amount of calories than ordinary bread.

We’re talking about sports drinks in general. Commercials fool us into thinking that these drinks are essential in a fit lifestyle because athletes endorse and actually drink them. But they are not all that healthy they contain a lot of sodium and artificial sweeteners. 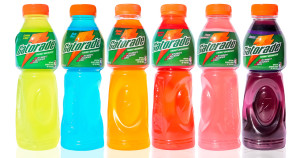 The process of taking away fat in milk actually takes a lot of other essential vitamins and nutrients found in milk. That’s why low-fat milk has less protein than ordinary milk. While ordinary milk has more fat, it does make up for it in the amount of other vitamins and minerals it provides the human body.

The problem with these bars is that manufacturers add sugar and oil when they cook the granola. Hence, it just compounds the amount of carbs and fat found in the granola itself. 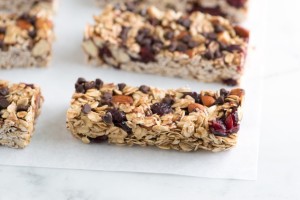